I arrived in Japan knowing very little regarding the Keigo (Japanese respect language and manner. After my first few weeks here, I had several lessons at my language school regarding the basics of Keigo and how business is conducted in Japan. Originally, I was shocked on the levels of Keigo used as it varies between the social status of the people, levels start from respectful, humble and to polite. I found it difficult at first to determine which version of the Keigo to use when talking to specific people however after my classes and importantly my internship I have a better knowledge at Keigo through experience. 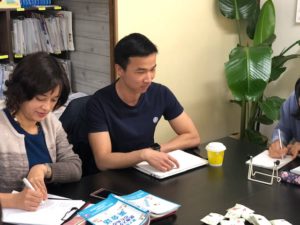 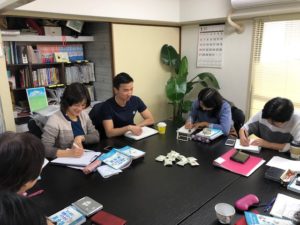 On the other hand, I was also delighted to help with some translation work during my internship for an event regarding the promotion of Japanese Sake and Shochu to the European market. I participated in some roleplay where a demonstration of the event took place in the office, I assumed the role of the guest who doesn’t speak or understand Japanese, I had to listen to what the translator translated to me to see If I could understand what they said and vice versa. It was a good experience as I shared my own knowledge being a native English speaker to the translators on what they can improve on and the specific word choices to make it more natural. Nevertheless, I was fortunate enough to take part in the actual event a week later and I helped with the translation devices during the event. 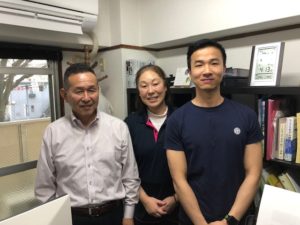 Even though my stay is quite a short one, I have experienced some situations that I would never have done at home e.g. the exchange of business cards. I have learnt a lot during my short stay and I would like to thank Mizu-Trans for giving me a short but wonderful stay and the opportunity of an internship, I wish them all the best in the future.