Here is the final internship report by Mr. Francis Nakamura, about his visit to Nagasaki City. 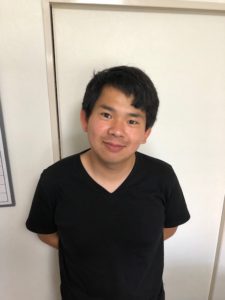 Final Days and Time in Nagasaki

My time in my intern also allowed me to get more exposure to the situation of the Japanese business society. This was especially shown through a presentation of a product, where in which I had to help promote and also welcome guests along with a fellow intern. The product being presented was a type of program where Japanese companies would use to be able to communicate more effectively when dealing with foreign clients. This product was created due to the many problems Japanese companies are facing when dealing internationally. Among some of the biggest include language barrier and cultural differences. Factors such as these were rather obvious to me, but what surprised me were facts such as there being companies that didn’t even have social media and even having Japanese only websites. This displayed a type of society where so many businesses were very outdated, some by almost 20 years. This, to a foreigner’s eyes, would be shocking due to the fact Japan has a strong reputation around the world for being extremely technologically advanced. As such, one would think this would apply to all their businesses. However, that is not the case. This was something also shown to me during my time in Kagoshima, but at that time, I didn’t realize how big the scale was of situations such as this. This, for me, was an eye opening and also very informative experience for me towards learning more about the Japanese business society.

This internship also allowed me to go visit other places alongside Kagoshima, most notably Nagasaki, a city that was both a hub for Christianity in Japan and the city bombed by the “Fat Man” atomic bomb during World War 2. I went to Nagasaki with the president and vice president during my last week as an intern. This was a place that I had wanted to go to since I was young, partly due to my grandmother having gone there before World War 2 and as such, saw the pre bombed Nagasaki, something that would not be seen ever again after the war. After that, none of my family members that I knew of went to Nagasaki and as such, I felt it as a reason for me to go to Nagasaki to see how it was post war. When I arrived in Nagasaki, I was astonished by the beauty of the city where I also saw much European influence, including street signs that had European names and tram cars.

During my time in Nagasaki, I got to see many important and historical landmarks, most notably the Atom Bomb Museum, the Peace Park, andhe Site of the 26 Martyrs of Japan. The atom bomb museum was created after the war in remembrance to the victims of the bomb. The museum is, of course, used to talk about a dark part of history and that we need to promote peace in the world, but what really amazed me was the amount of Christian artifacts in the museum, including a whole wall of the original Uramaki cathedral that had been in Nagasaki from 1925 until it was destroyed by the atom bomb in 1945.

Seeing these relics made me wonder that if Americans had known about Nagasaki being filled with so many Christians would have a different opinion about Nagasaki being bombed, or even about the bombing as a whole. The next site, the peace park, was a park dedicated to promoting peace and has many statues that were donated by countries from around the world. The ones that were most interesting to me were from governments of current and former Communist countries such as Soviet Russia, Cuba, and Czechoslovakia. It was a beautiful park and definitely a fitting symbol to show peace. The last site I found to be extremely interesting was the Site of The 26 Martyrs of Japan. This was where 26 Christians were crucified in 1597. The site was a type of mural with 26 bodies aligned across horizontally representing the 26 that were executed. This was during a time where Christianity was persecuted in Japan and during that time, if you were Christian, you were killed for it. The site also contained a museum where there were relics kept about the Christians whom had came to Nagasaki along with things such as reports from Europe about the crucifixion of the 26 Christians in Japan. Some of the most interesting artifacts I found were, however, these doll like statues that were used by Christians in Nagasaki. It was shaped like a Buddha holding a child, but was in fact the Virgin Mary and the baby Jesus. This was done to hide whom they were actually praying to, making those hunting for Christians to mistake it for a Buddha. These “Underground Christians” was something I had heard about along with these statues, but seeing it in person was something that I could not think of unless I saw it in person. This museum, to me, was a representation of how history can repeat itself for Christianity had been persecuted against when it was first started by the Romans and the same thing happened in Japan and even today, it is shown to be persecuted in the middle east. This reminded me how lucky and fortunate I was to be from a country like America where it doesn’t matter what race or religion you are, you will not be killed or persecuted for it by the government. Overall,my experience in Nagasaki was extremely enjoyable that had plenty of history shown to me and is some place I would love to come see again.

Overall, my time in my intern was enjoyable, fun, and very informative with a staff that was extremely kind, knowledgeable, and was willing to help me in so many different ways. This experience has helped me grow in so many ways, especially in terms of how to behave, how to become a better worker, and allowed me to be exposed to the Japanese society, business culture, and the language. It is an experience I will never forget and I am forever grateful and thankful for the experience Mizu Trans Corporation has given me throughout my two month intern and is an experience I will take to heart as I go forward in life.